Undescended Testicles And Neutering: Everything You Need To Know About Cryptorchidism

Approximately 3 percent of full-term puppies have a condition called cryptorchidism, or undescended testicles. Of these, many will self correct within the first year of life. However, about one-third of all those affected will continue to have issues well into adulthood. Fortunately, most dogs undergo neutering, which removes both testicles. Retained and embedded testicles can make neutering more difficult, but it is still highly recommended. If you have young dog who has one or two undescended testicles, there are some things you should know.

Testicles are rarely found in the scrotum sack at birth. Rather, they descend into the scrotum several days to a couple of months after birth. In some dogs, the movement is delayed. However, it usually does happen within the first year of life. In a small number of cases, however, the testicles become obstructed or fail to move to the proper location. Usually, only one testicle is affected, but it's not impossible for both to be affected.

Testicles can stop moving at any point along their descent. Testicles are generally located deep within the abdomen before they start their descent. If they get stuck in the abdomen, you will not be able to feel them in the groin. If they move into the the inguinal canal, the canal through which the spermatic cord runs, before getting stuck, you will be able to feel them. They will feel like a lump in the groin area.

The treatment of retained testicles is neutering, but the process is more involved than a standard neuter procedure. Your veterinarian will use an ultrasound to locate the testicle. Depending on the location of the testicle, they may have to open your dog's abdomen to free it. Removal of both testicles is recommended earlier rather than later.

Retained testicles can become serious if you don't seek treatment. If you notice that your dog's testicles have not descended into the scrotum sack a couple of months after birth, talk to your veterinarian about your options.

For more information, you will want to contact some professionals, such as those at Akaal Pet Hospital. 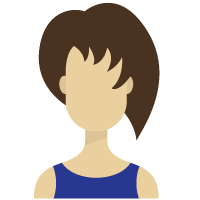 Hi, my name is Lindsey Harrington and if you like animals as much as I do, then you must read this blog about veterinarians. I've had dogs as pets for many years and one of the most important things that I can do as a pet owner is to make sure that my animals are healthy. For this reason, I always schedule regular visits for my pets to see the veterinarian. During an annual pet examination, the vet discovered that one of my dogs had a minor medical condition. After the proper treatment by the vet, my dog was in great health again. In this blog, you'll learn about the importance of veterinary care for all animals and how veterinarians keep them healthy.